Y-DNA testing looks at the DNA signature of the direct male line, DNA passed from father to son to son. Y-DNA has an important evidentiary role in researching early Wilcox/Wilcockson lines. Most of the difficulties in tracing these lines back are well beyond the effective range of autosomal DNA testing. Y-DNA does not suffer from generational loss like autosomal DNA does. Further, the relatively slow rate of change of the signature allows us to discover connections between various lines hundreds of years in the past. Y-DNA has been used to support hypothesis testing in the two distinct but related Wilcockson lines from Biggin by Hulland, Derbyshire, England, for several years and has contributed to some important breakthroughs. We are just starting to push this research to the next level by moving from traditional Y-DNA testing into state-of-art Big Y testing. This article provides a discussion of our initial efforts in Big Y DNA testing of Puritan William Wilcockson descendants (1600s Connecticut) and the Quaker Wilcockson descendants (1700s Pennsylvania to North Carolina, as well as 1700s England) to date, and outlines plans for future testing. Puritan William descendants have been coined “Billies” and Quaker Wilcockson descendants have been coined “Boonies” because John Wilcockson, b. 1720 Penn., married Daniel Boone’s sister Sarah.

Traditional Y-DNA testing looks at STRs – Short Tandem Repeats. These are recurring patterns in the DNA chain that are essentially copying errors. They can be thought of as getting ten copies of your document when you asked for nine (or eleven). We look at specific locations and count the number of repeated sequences of base-pairs of nucleic acids along the molecular chain. For example, an observed pattern of …TGACGAGCACGACGGA… along the DNA strand at a particular location reveals four repeats of ACG as in …TG-ACG-ACG-ACG-ACG-GA… The test result for that particular location would be “4.” The basic Y-DNA test looks at 37 locations, also called markers. Changes in the counts at these locations occur randomly over the generations. We compare the counts for a new tester with all the other men in the database, looking for men who have very similar results. STR tests like FTDNA.com’s Y-37 or Y-111 test are very good at telling us if two men are closely-related or not. They are not very good at telling us the closeness of the relationship. We compare the counts at each marker location and add up the difference. This is called genetic distance (GD). In theory, very closely related men will have a small GD while more distantly related men will have a larger GD. But because the mutations occur randomly and can increase or decrease the number of repeats, in practice we cannot make definitive comparisons with STR data – only rough approximations.

That said, traditional Y-DNA STR testing has definitively connected the Billie and Boonie lines – the Y-DNA signatures are very, very close to each other. That doesn’t tell us who the common ancestor is but confirms there was one. Further, one particular marker, called DYS-460, appears to be a very good indicator of Boonies vs. Billies. Boonies have ten repeats at this location while Billies have eleven, at least for the testers with known lineages to the American immigrants and their English cousins.

How is Big Y Different?

Big Y testing is an entirely different test. It looks at SNPs – Single Nucleotide Polymorphisms – pronounced “snips.” These are the more fundamental building blocks of DNA, the particular nucleic acid at a given location on the DNA molecule. By carefully examining the sequence of the nucleic acids at about fifty million locations along the chain we can detect changes (mutations) from the baseline signatures. There is no negative connotation implied by the word mutation. They are simply changes. They occur randomly but unlike the STR changes, there are no back mutations. The change is propagated forward in all the subsequent descendants.

To illustrate this process, consider the family tree shown in Figure 1.

The figure shows a family progenitor, Thomas, with two sons, John and William. John has sons George and David. William has sons Joseph and Obadiah. Imagine Thomas carries SNP A. Thomas will pass SNP A to each of his sons who will in turn, pass it to each of their sons. All of Thomas’ direct male descendants will carry SNP A (forever). Now imagine new SNP B forms in John at his conception. John will pass SNP B to his sons, thus both George and David will carry SNP A from Thomas and SNP B from John. In a similar manner, imagine new SNP C forms in William. William will pass that on to his sons Joseph and Obadiah.

Note this would be true even if we didn’t know who John or William or Thomas were by name. Whoever the Most Recent Common Ancestor (MRCA) of testers George and David might be, that man had SNPs A and B. Similarly, the MRCA of testers Joseph and Obadiah must have had SNPs A and C. and the MRCA of all four testers must have carried the SNPs they all have in common, in this case SNP A.

This propagation process holds true even if there are a number of intervening generations. Consider the following variation of the left side of Figure 1, above. 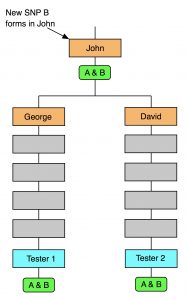 These SNPs form a branching tree structure that started perhaps 200,000 years ago. Every new SNP formed a new branch of the tree. We call these branching points haplogroups and designate them by the name of the SNP at that location. The major branches of the tree forming tens of thousands of years ago are designated by a letter (A, B, C, etc.)  Individual SNPs are usually a combination of letters and numbers (e.g. M269, BY21929, A7603, M35, etc.). Combining the branch letter with the SNP gives us a haplogroup (e.g. R-M269, E-M35, etc.).

When we take an STR test, such as Y-111 test, we get an estimated haplogroup. Scientists have discovered that certain patterns of STR marker results reliably map to certain high level haplogroups.

There is one more concept to understand before we cover the actual results of the Wilcockson clan: private variants. SNPs are not officially named and placed on the Y-tree until they have been found in at least two men. If only one man has been tested that included the mutation, that mutation is referred to as a private variant (PV) and we use its physical location on the Y-chromosome to distinguish it. When we test another man whose line branches off more recently than the last named SNP, he might share some of those PVs with the first tester. This will cause the shared mutations to be officially named as SNPs and placed on the Y-tree.

With those examples and concepts to set the stage, let’s transition to the actual Wilcox/Wilcockson tree and actual testers. We have three Big Y testers so far, two Boonies and one Billie. For privacy reasons, we are going to refer to these three men as Testers 1, 2, and 3. All three of these lines have been thoroughly researched and the lineages are believed to be accurate.

Figure 3 shows a simplified view of the Big Y results. All three testers share SNPs A7598 and A7599. These two SNPs are unique to this major branch of the Wilcox/Wilcockson family. Further, Testers 1 and 2 share an additional SNP, A7603 that marks the Boonie side of the family. It is possible there is some other SNP that marks the Billie side but without another tester on that side down a different line below Puritan William, we currently don’t know. Because Tester 3 has five private variants, the odds are good there is a SNP that will uniquely mark this side of the family. 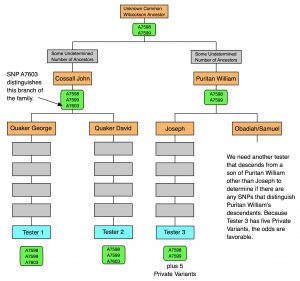 Figure 3. Big Y Results To Date. All Big Y testers gave permission to have their personal data from the results used in the diagrams.

The top priority is Big Y testing another line from Puritan William, such as STR Tester 4 or another descendant of Obadiah or his brother Samuel. STR Tester 3 might reveal a unique SNP for Joseph Wilcockson (1636-1682). Upgrading STR Tester 1 might reveal a unique SNP for John Wilcockson (1720-1782), the son of Quaker George. STR Tester 2 might show a new SNP for Quaker George. Each new Big Y test has the potential to uniquely distinguish the branch point with its closest tested Big Y cousin. Another test avenue is other Wilcockson lines that might tie in prior to the current earliest known ancestors of the Boonie and Billie lines in England. 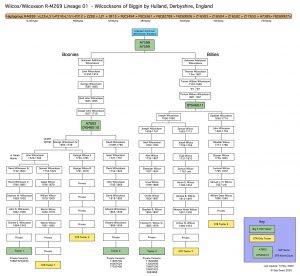 Figure 4. More Detailed View of the Wilcox/Wilcockson Y-DNA Testing. All Big Y testers gave permission to have their personal data from the results used in the diagrams. STR testers were also consulted and anonymized.

Big Y testing men with well documented lines allows us to overlay the SNP map (also called a mutation history tree) on top of the genealogical tree. Once we have that basic structure in place, Big Y testing of men who are unsure of their early Wilcox/Wilcockson ancestors can point to possible connection points and eliminate impossible ones. For example, having SNP A7603 tells us for certain, the man is on the Boonie side of the family and should focus his efforts on trying to connect on that side. As more branch points are defined, that focus can be significantly narrowed to very specific branches.

The Goal and Path Forward

The ultimate goal of the Big Y testing effort is development of a robust family clade diagram that integrates Y-DNA data into a family tree diagram. Through the combination of Y-DNA and a traditional family tree, we can tell the Y-DNA signatures of our ancestors who lived hundreds of years ago. This information helps to validate our traditional research and point to most likely connection points for branches that have brick walls. More accurately predicting where these lines might connect allows the brick wall to be attacked from both sides at once. The potential benefit increases with every new tester. Test results define individual branches. More testers equate to more defined branches.