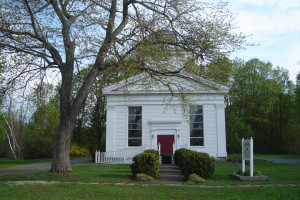 This week I interviewed Rev. Wayne Brandow, pastor of the Bible Baptist Church of Galway in Saratoga County, New York. Wayne was a lecturer on Baptist history at the Northeast Branch of Mid-America Baptist Theological Seminary in Schenectady, NY, and I met him when I was tracking down those elusive Baptist church records for a client whose ancestors settled in Saratoga County in the early 1800s.

Wayne began by explaining the history of the Baptist movement in Europe, from its start as Anabaptist on the continent in Holland. University theology students there started to promote baptism for adults who could make the decision to embrace their faith — rather than baptism as infants who had no choice in the matter, a practice other Protestant denominations and Catholics both espoused. From continental Europe the Baptist movement took hold in England about 1638 and made its way to New England with Roger Williams in Providence Colony and John Clarke in Newport.

From its North American roots in Rhode Island, the Baptist movement gained momentum with the First Great Awakening, which 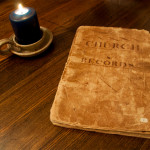 brought the faith to New York. Wayne talked about some of the beliefs that separate the Baptists from other Protestant faiths such as the Congregational/Independent and Presbyterian churches.  He also talked about what a genealogist can expect to find for records at a Baptist church and where to find the records, including the Baptist archives in Atlanta, Georgia and Nashville, Tennessee.

Listen to the show: