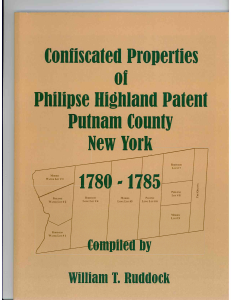 This week on the Forget-Me-Not Hour, my guest was author and genealogist Bill Ruddock. Bill talked about the New York Loyalist land forfeitures and confiscations during and after the American Revolution, how genealogists can use the records that were generated from the confiscations, and his new book on the forfeitures in Putnam County, New York.

Bill explained that the Act of Attainder that permitted the recently-formed state of New York to confiscate the property of landowners who supported the King of England in New York was passed in October 1779. (See the act here: http://archives.gnb.ca/Exhibits/FortHavoc/html/NY-Attainder.aspx?culture=en-CA) A number of high-profile Loyalists, all apparently political enemies of act-writer John Jay, were targeted and their property was subsequently confiscated by the state. Commissioners were appointed to oversee the confiscations.

What is a great resource for genealogists from these land forfeitures is the deeds that were generated upon the sale of the lands. Much of the land was owned by Beverly Robinson and Robert Morris in Putnam (then 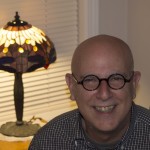 Author Bill Ruddock talks about New York Loyalist land confiscations and how genealogists can use these records.

Dutchess) County and by Frederick Philipse in Westchester County. The deeds were recorded in the Dutchess and Westchester county deed books.

Bill has taken the deeds in current-day Putnam County, found in Dutchess County Deed Book 8, and extracted all the names of the buyers and the neighbors mentioned in the property description. Many of these people were former tenants of Robinson and Morris. In addition to an all-name index, the book has 19th century maps showing where all the properties were located. Bill has overlayed these maps onto current-day ordinance maps so the reader can locate the property today.

This book is a great resource for family historians with ancestors in Putnam County during the time of the American Revolution and into the 19th century.  To order Bill’s book: http://heritagebooks.com/mm5/merchant.mvc?Screen=PROD&Store_Code=HBI&Product_Code=101-R5385&Category_Code=