Last week the Forget-Me-Not Hour was broadcast live from the National Genealogical Society’s annual family history conference held in Richmond, Virginia this year. I interviewed conference co-chair Jan Alpert as we sat outside the exhibit hall at the Greater Richmond Conference Center — so you will hear a little audio background noise. Jan gave a great recap of the conference, the first one to have live streaming of a few of the lectures. (You can still hear the ten lectures. They are available until 31 May by registering here:  http://www.playbackngs.com/774-ngs-streaming-packages.html) Jan … Read More

Our Ancestors, Our Stories — South Carolina African American Stories by The Memory Keepers

Last week on The Forget-Me-Not Hour, I welcomed four of the five co-authors of the book Our Ancestors, Our Stories to the show. Joining me from different parts of the country, Bernice Bennett, Harris Bailey Jr., Vincent Sheppard and Ellen Butler talked about their collaboration on the book that tells the story of their African American ancestors who lived in the Old Edgefield District of South Carolina. The fifth co-author is Ethel Dailey. Like he does in the book, historian Harris Bailey, the only author without ancestors in Edgefield (his wife is … Read More 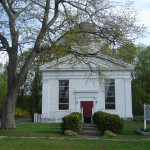 This week I interviewed Rev. Wayne Brandow, pastor of the Bible Baptist Church of Galway in Saratoga County, New York. Wayne was a lecturer on Baptist history at the Northeast Branch of Mid-America Baptist Theological Seminary in Schenectady, NY, and I met him when I was tracking down those elusive Baptist church records for a client whose ancestors settled in Saratoga County in the early 1800s. Wayne began by explaining the history of the Baptist movement in Europe, from its start as Anabaptist on the continent in Holland. University theology students … Read More 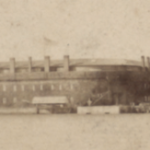 Last week the presenters of the New York Track at the National Genealogical Society’s 2014 family history conference in Richmond, Virginia, joined me on the show, live from the New York Genealogical and Biographical Society (NYG&B) office in Midtown Manhattan. The presenters of the NYG&B-sponsored track include Naomi Joshi, Terry Koch-Bostic, Joan Koster Morales and myself. We had a ball! Terry started the show by explaining why the NYG&B sponsored a track this year, and then we all took turns talking about the exciting lineup of New York genealogy topics at this year’s … Read More 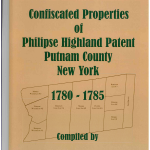 This week on the Forget-Me-Not Hour, my guest was author and genealogist Bill Ruddock. Bill talked about the New York Loyalist land forfeitures and confiscations during and after the American Revolution, how genealogists can use the records that were generated from the confiscations, and his new book on the forfeitures in Putnam County, New York. Bill explained that the Act of Attainder that permitted the recently-formed state of New York to confiscate the property of landowners who supported the King of England in New York was passed in October 1779. … Read More 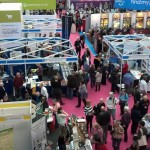 Who Do You Think You Are? LIVE from London

Last week I had the pleasure of doing two half-hour interviews at the Who Do You Think You Are? LIVE event in London at the Olympia London venue on 20-22 February. American genealogy blogger Dick Eastman was making his annual visit to the show and stopped to chat with me on Friday about the show from an American’s perspective.  WDYTYA? LIVE sales manager David Showler took a some time from his busy show schedule to talk with me as well on Saturday, the last day of the show. Both interviews … Read More 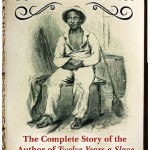 Twelve Years A Slave: Solomon Northup Before and After in Upstate New York

This week Solomon Northup biographer David Fiske joined me on the Forget-Me-Not Hour to talk about his co-authored book Solomon Northup: The Complete Story of the Author of “Twelve Years a Slave.” David joined me on the show from Saratoga County, New York, where Northup, born a free black man in New York, was tricked and then kidnapped into slavery in 1841. Northup was sold as a slave in Washington, D.C. and was taken to Louisiana where he lived in bondage for 12 years. David recounted Northup’s early life in upstate … Read More 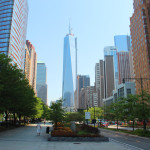 We had a fun show on the Forget-Me-Not Hour on 15 February when Annaline Dinkelman joined me to talk about the history of Wall Street in lower Manhattan and how our ancestors were impacted by some of the more significant developments in the banking industry and stock market from the early days of the federal government. Annaline is the owner of Walk Street Walks, the first guided walking tour company in New York City to focus exclusively on the stock market and financial history. Before the show aired, Annaline gave … Read More 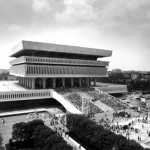 In January Dr. Jim Folts, head of Research Services at the New York State Archives at the Cultural Education Center in Albany, joined me on the Forget-Me-Not Hour to talk about the many facets of the state archives. I have known Jim for a number of years in the course of my own and client research at the state archives. His knowledge of the archives is unsurpassed! The archives holds records from all state agencies from the executive, legislative and judicial branches of New York state government back to colonial New Netherlands … Read More 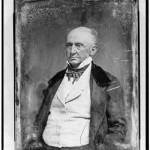 Last week  Maureen Taylor, the Photo Detective, and Pam Pacelli Cooper of Verissima Productions joined me on The Forget-Me-Not Hour to talk about Maureen’s book The Last Muster being made into a documentary film. Maureen has collected about 150 photographic images of men and women who were alive during the American Revolution (1775-1783) and who had photos taken after the advent of photography in 1839. Maureen and Pam are collaborating to bring the images of these people and their stories to life in the 21st century through the medium of film. They talked … Read More

« Previous 1 2 3 4 5 … 7 Next »
Privacy Policy | Custom Wordpress Website created by Wizzy Wig Web Design, Minneapolis MN
We use Google Analytics to keep track of how many visitors come to our site and what pages they visit. Click here to opt out.